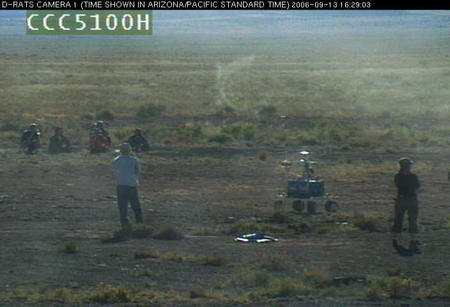 The K-10 is controlled wirelessly, via a PCMCIA-based 802.11g interface connected to an 8db 2.4GHz antenna via an RF cable. The control application runs on the control laptop as a single, multi-threaded userspace application. Real-time performance is not required, NASA says, because real-time tasks such as fine-grained motor control are offloaded to a distributed network of microcontroller-powered control boards.