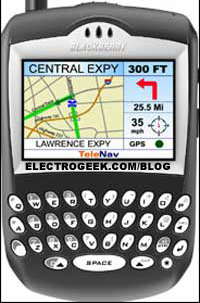 A 71 year old women from Arlington Heights, Illinois will get $4.1 million because a van driver last year ran a red light and crashed into her while he was looking down at his BlackBerry.

Don Svec the driver of the van and an employee of Berry Electric Contracting Co. was lost and using his BlackBerry navigation device to try and find his way when he crashed into Dorothy Barnes who was driving a Saturn.

Witnesses claimed that Svec ran through a red light and crashed into the woman. There are witness reports that it was a clear day at the time of the accident and he plowed right into her.

Barnes underwent five surgeries as a result of the crash including 2 on her neck. She now has a piece of metal sticking out of her pelvis to hold it together.

The $4.1 million settlement will be paid to Mrs. Barnes through Barry Electric’s insurance company.