Honda is recalling roughly 311,000 S.U.V.â€™s and Subaru is recalling almost 500,000 of its models, according to the National Highway Traffic Safety Administration. 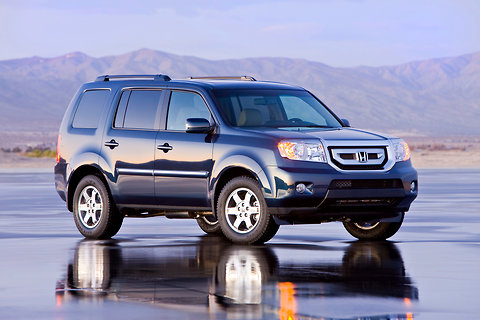 Hondaâ€™s action covers the 2009-11 Pilot. In a crash, the Pilotâ€™s front seat belts may not restrain occupants.

In a news release issued late on Sept. 9, Honda said the stitching â€œmay be incomplete or missingâ€ on the lap section of the front belts, and â€œin a crash, affected seat belts may become disconnected from the anchor webbing, increasing the risk of injury.â€

The automaker said it was not aware of any injuries. However, in its report to N.H.T.S.A., it said it was aware of two cases in which the belts separated.

Honda described the recall as voluntary, but once a manufacturer is aware of a safety problem it has no choice but to inform the National Highway Traffic Safety Administration of its plan for a recall. Otherwise it faces a civil fine.