Hey, look at this: Kinect on a laptop. OK, so there we go. According to The Daily, companies are well on their way to making laptops–or, at least, laptop prototypes–running Windows 8 and equipped with Kinect motion camera hardware instead of standard webcams.

The Daily got to see some of this technology first hand on what it thinks were Asus laptops. Intel’s CES 2012 press conference featured a stage re-enactment of a similar Kinect-like idea on a laptop, shooting a virtual catapult in a game.

The real question here is, who’s going to use this? 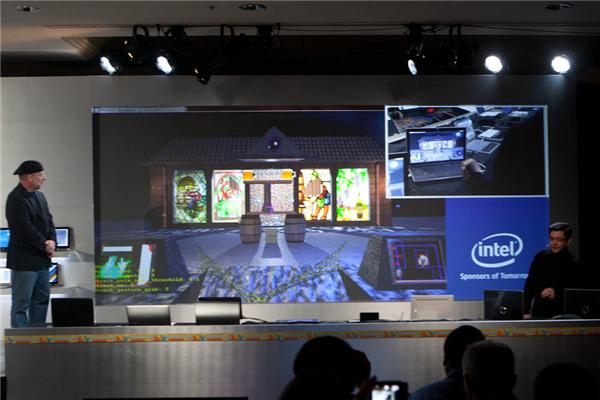 For those not able to easily type, a motion-control camera could be useful. Maybe motions combined with keyboard controls could add touch-like gesture vocabulary to a hinged device like a laptop in a more logical/ergonomic way than, say, a touch screen. Gaming, media- and application-switching controls, and universal access for disabled individuals are the three uses that The Daily’s Matt Hickey discusses. I agree with the latter the most, but I’m skeptical as to how much I’d use motion otherwise.