If all goes according to plan, Facebook founder, chairman, and CEO Mark Zuckerberg’s share of the profit in his company’s upcoming initial public offering will result in him facing a tax bill of around $1.5bn for 2012. 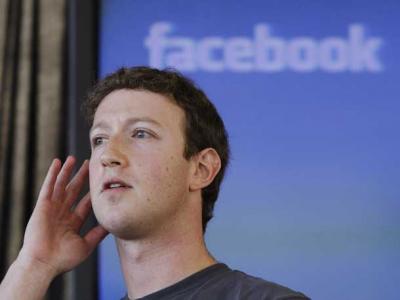 What’s more, the Financial Times reports, that astronomical bill could increase if the IPO is more successful than many analysts believe.

Currently, the FT says, the stock is selling for around $40 per share in private secondary markets â€“ a level that would net Lucky Zucky around $4.8bn at the IPO. Should the shares rise to a level that would put Facebook’s valuation at around $100bn â€“ far from impossible in this wacky, bubbly world â€“ the 27-year-old soon-to-be-squillionaire could net $6bn.

The company’s Form S-1 SEC filing earlier this week, which revealed the IPO plans, notes that Zuckerberg will use “substantially all of the net proceeds” that he will receive upon the sale of an as-yet undisclosed number of shares in the IPO to “satisfy taxes that he will incur upon his exercise of an outstanding stock option to purchase 120,000,000 shares of our Class B common stock.”

It’s nice to know that Zuckerberg’s wealth-management team is thinking ahead.

Those 120 million fully vested options that Zuckerberg plans to exercise, by the way, will cost him 6Â¢ per share. Remember that pittance when you read news of Facebook’s stock price on IPO day, which has yet to be scheduled.

As a result of the convoluted morass that is the US tax code, the profits that Zuckerberg will realize from excercising his options will be taxed as regular income, and not as capital gains.

Full Story Via The Register