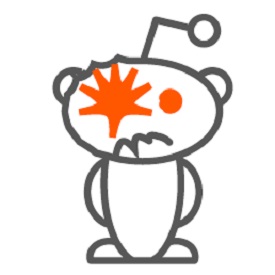 Reddit notified its user base in a post that claimed the site had always dealt with images that “might be child pornography along strict legal lines.”

“We have changed our policy because interpreting the vague and debated legal guidelines on a case by case basis has become a massive distraction and risks reddit being pulled in to [a] legal quagmire,” the Redditors wrote.

There have always been bastions of free speech on the Internet, from those that focus more on policy than content, such as the EFF, the ACLU, and blogs like BoingBoing. Reddit has always straddled the line, launching the popular “Ask Me Anything” interviews with celebrities and other notables, where anything (usually) goes. Reddit has also served as an informal replacement for Digg, highlighting quality content from other sites amid lively and humorous commentary from its members. The majority of Reddit’s members have contributed positively to the Internet community.

But Reddit also hides some dark places, “protected” by this flimsy barrier: “Are you over eighteen and willing to see adult content?” If you are, Reddit grants you access to a wide variety of topics on what it calls “reddits,” or subforums: men and women supposedly having sex with octopi, pictures of dead children, and “images of prepubescent boys bound and gagged with ducktape,” according to one member.

The funny thing is, out of those three links, only one was removed: the last one. You get the idea.