When big companies fight, it’s rarely the big companies themselves that take the biggest hit. At first glance, it looks like Apple really loves Twitter. The reality, however, is that it hates Facebook. 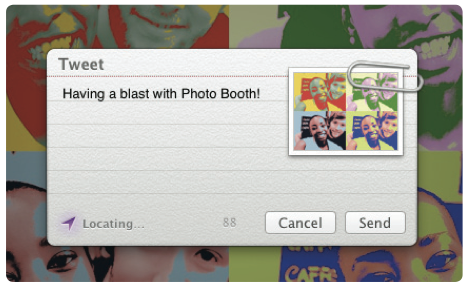 It sure seems that way, at least.

Apple’s distaste for Facebook became apparent with last week’s preview release to developers of Mountain Lion, the newest version of Apple’s OS for computers. The OS includes a slew of new apps (Game Center, Reminders, Notes) and new features (Gatekeeper, Notification Center). What it doesn’t include is Facebook integration–a baked-in connection to Facebook that would make it easier for Apple users to share more on the world’s largest social network.

Instead, Apple again chose to anoint Twitter as its social media service of choice. When Mountain Lion becomes available to consumers this summer, users will be able to tweet directly from Apple’s suite of Mountain Lion apps, much like iPhone users can thanks to the iOS Twitter integration. This is another big win for Twitter, which received a 25 percent boost in new users last fall when Apple’s latest iOS was released.

Why did Apple bless Twitter and shun Facebook? The answer lies in the rocky relationship between the two companies, something that–at least publicly–began after Apple yanked Facebook support out of its Ping music social network at the last minute. The late Steve Jobs claimed that Facebook demanded “onerous terms” for Facebook integration into Ping, so Apple balked. (Whether that was smart, given Ping’s lackluster performance, is a subject for another day.)