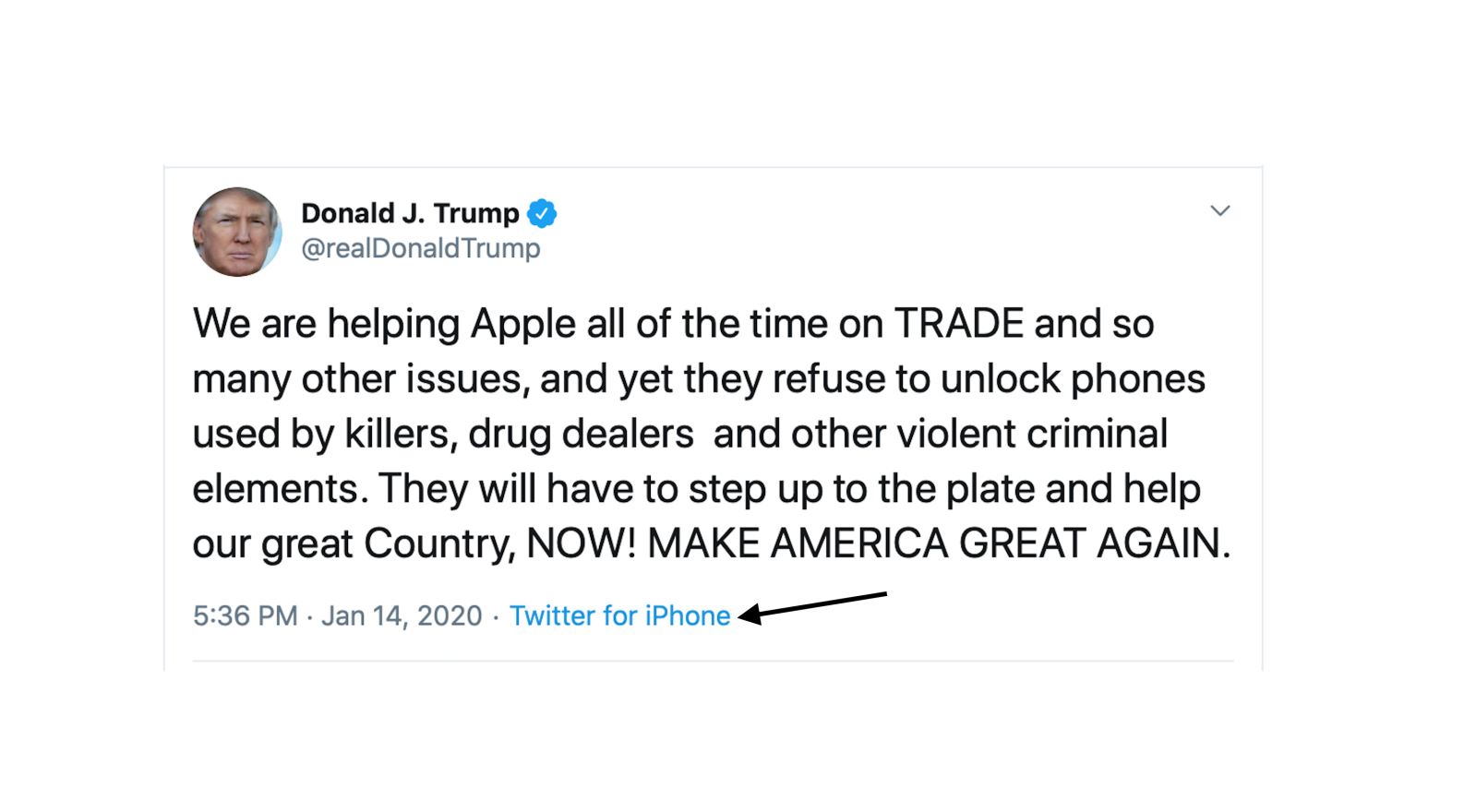 President Trump has joined the fray around the FBI’s request for Apple to help unlock two iPhones used by the gunman responsible for last month’s shooting at the Pensacola Naval Air Station. Trump took to Twitter (via his iPhone) this evening to call on Apple to unlock the phones in question.