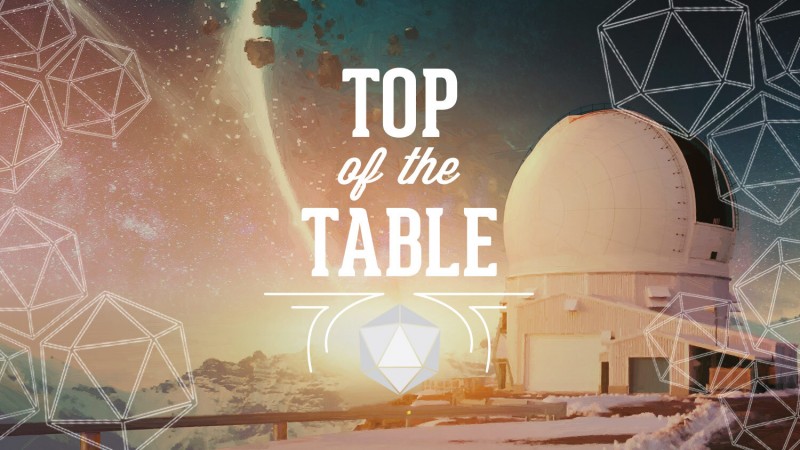 Science fiction is a perennial favorite in the gaming world for good reason. With futuristic tech, alien life, and the boundless options of outer space as just some of the hallmarks, it’s easy for designers to find a unique corner to play in and create something memorable.

This week, we’re looking at several recent tabletop releases that show off the breadth of experiences available, from a familiar setting involving a certain DeLorean car to a game where you literally build a city that looks like it’s from the future.

Here’s hoping you find something new, and don’t hesitate to leave some of your favorite sci-fi board games in the comments below. 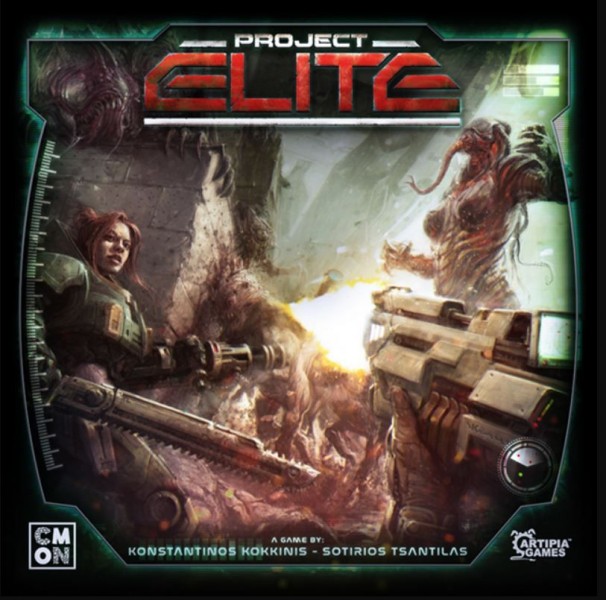 CMON revived and updated this delightful real-time cooperative game this year, after an earlier version won praise for its action-movie vibe and fast-paced play. Each player adopts the persona of a seasoned alien-slaying soldier, ready to wade into the fight and mow down some extra-planetary threats. On each turn, you’ve got an actual two-minute timer to roll dice and take out the enemy forces as they assault your position. Between these action-packed, real-time sequences, the aliens activate and you plan your next approach. Featuring some gorgeous miniatures and smart (but mechanically simple) combat systems, Project Elite is a shot of adrenaline packed into a tight hour-or-less timeframe, and it just begs for repeat plays. 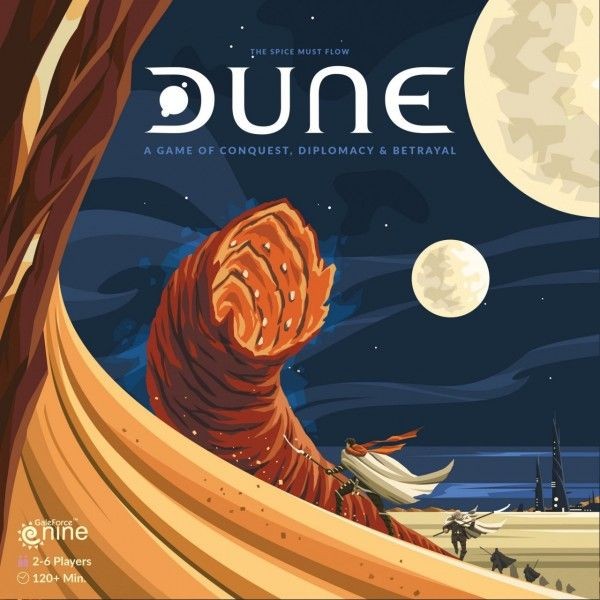 I can’t resist the chance to resurface this awesome revival of Dune, which was also named in our Best Tabletop Games of 2019. The original game was one of the early classics in the thematic strategy board game scene when it released in 1979. The new version features lovely new art and some rule changes, but largely maintains the cutthroat and sometimes painfully crushing turnarounds that the original was known for. Not for the faint of heart, Dune’s unfolding gameplay can see a single decision that completely changes the course of the game, echoing some of the same life-and-death dynamics present in the celebrated novel. With the Villeneuve-helmed movie adaptation about to arrive, it’s fair to expect a surge in enthusiasm around this game. It can make for a brutal game night, but it’s also a great time. Don’t be scared away; fear is the mind-killer. 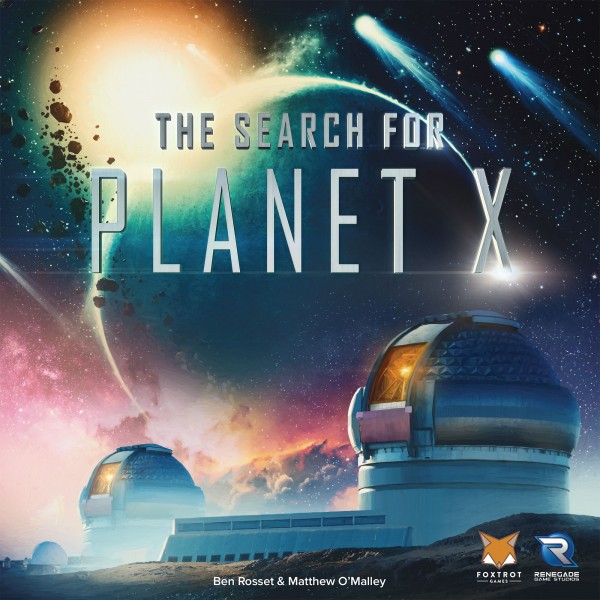 This one squeezes into the sci-fi category by the skin of its teeth, but it’s too unique a concept to leave off this list. Ostensibly, this could be said to be a real-world game, rather than something from a far-flung future, since it focuses on a group of astronomers hunting for a distant planet. The potentially speculative element arises through the existence of a Planet X orbiting far distant from the sun, a concept only theorized in real-world astronomical circles.

In the game, players use deduction from limited clues to identify the location of the mysterious world. The game is aided by a free app that gives each player some information to get started. From there, each player surveys different areas of the night sky (depicted on the board) and tries to gradually uncover the true location of the planet and what is nearby to it. It makes for an intricate and engaging puzzle to solve, and with the aid of the app, every game is different from the last. 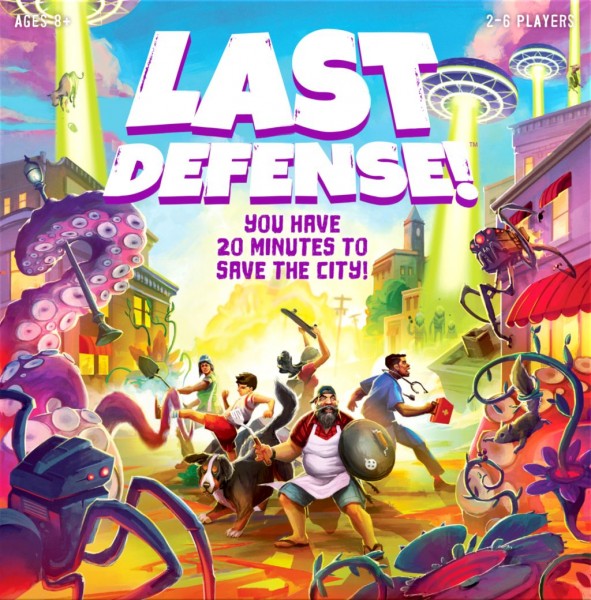 A lighthearted and brisk-playing cooperative, Last Defense is action game that gives you and your group exactly 20 minutes to save the world from threats like spider robots, sentient plants, and giant tentacles. A free app offers audio details that help to set up the game, and provide tension and narrative fun. In addition to an active timer counting down your remaining game time, the app also regularly announces new events and activity from the alien forces that must be enacted on the board. It’s a silly and engaging twist on classic alien invasion stories, and of all the games on this list, the best pick for a fun family game night with kids. 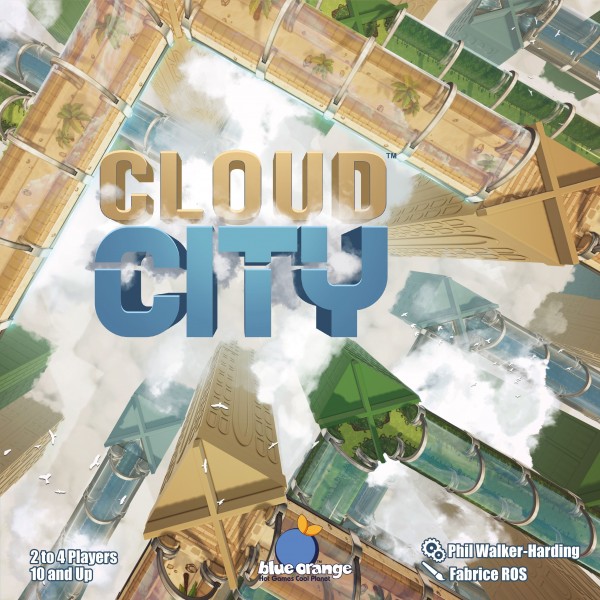 Phil Walker-Harding has designed several of my favorites, including Sushi Go and Imhotep. Cloud City is an awesome new release from the designer, offering a simple and engaging concept that should entertain both dedicated tabletop fans as well as relative newcomers to the hobby. Players compete as architects to build an actual three-dimensional futuristic city with a number of differently shaped pieces. Players lay out tiles on the table that get overlaid with buildings of different heights, and then you interconnect those buildings with bridges. The winner is the architect who creates the city-planning project chosen by the city council, which is determined by managing to craft nice long walkways across your setup. It’s a ton of fun to see your tiny city coming together in the playspace in front of you. Thanks to ease of play and a quick path to getting new players up to speed, I predict a lot of gaming groups embracing this one, especially as an appetizer game before a longer and more involved session playing something else. 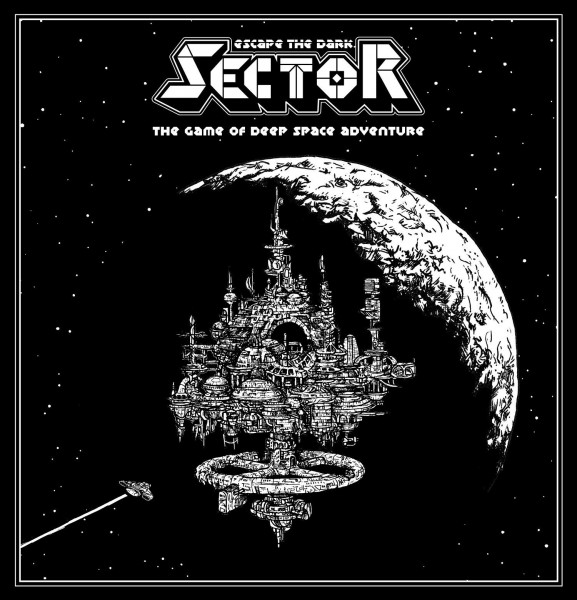 The original Escape the Dark Castle provided a riveting retro adventure about, well, you guessed it – escaping a dark and forbidding castle. The second game in the series translates the fun to a science-fiction setting, as you and your friends become an intrepid space crew that must navigate their way out of a massive space station, working cooperatively to confront events, roll dice, and eventually fight a boss to get to safety. The black-and-white aesthetic recalls old-school gaming art, which will delight gamers of a certain age. But even without the nostalgia, the real fun here is seeing a three-act sci-fi tale unfold with new encounters and experiences every time, and the sense that you’re dropping into a real narrative accompanied by custom resolutions to complete the story. 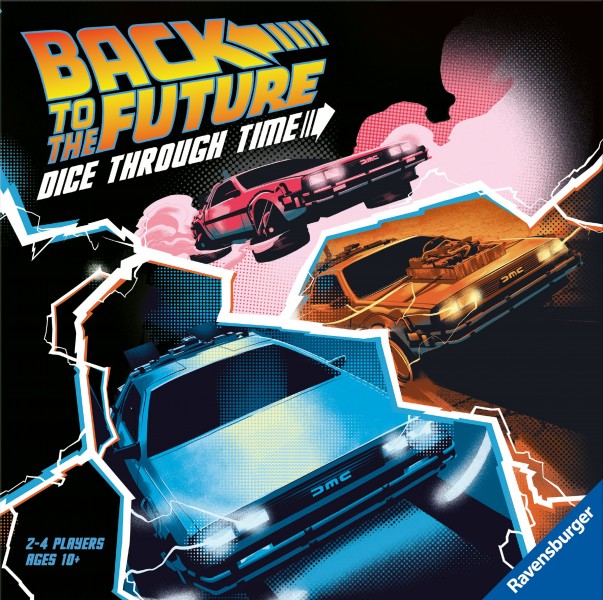 Back to the Future: Dice Through Time
Publisher: Ravensburger

To close out these recommendations, I have to give a nod to this zany new take on the Back to the Future movies. After Biff steals the DeLorean and screws up a bunch of important events in time, players cooperate to put the pieces back together. The focus is on dice-rolling, including an interesting twist where you can set aside an unspent die to be used in the future. In another fun nod to the fiction of the classic movies, you’ve got to watch out for running into yourselves, which creates a paradox and penalties that make it harder to win. Ultimately, this is all about a fond trip down memory lane through the events of the three films. If you and your group are particular fans of those wonderful sci-fi comedies, you’ll be thoroughly entertained by all the nods to the adventures you recall, even as you furiously roll die after die.

Science fiction is undoubtedly a pretty familiar milieu within the tabletop world, so even though the above games are a ton of fun, I could understand if you’re looking for other options. If you’re in that camp, don’t hesitate to dig into the backlog of Top of the Table recommendations, viewable by clicking into the banner below, where you’ll find plenty of other options that explore other settings. As always, I’m also happy to help offer personalized recommendations. Drop me a line, and I’ll be happy to help you find the next great game to bring home.