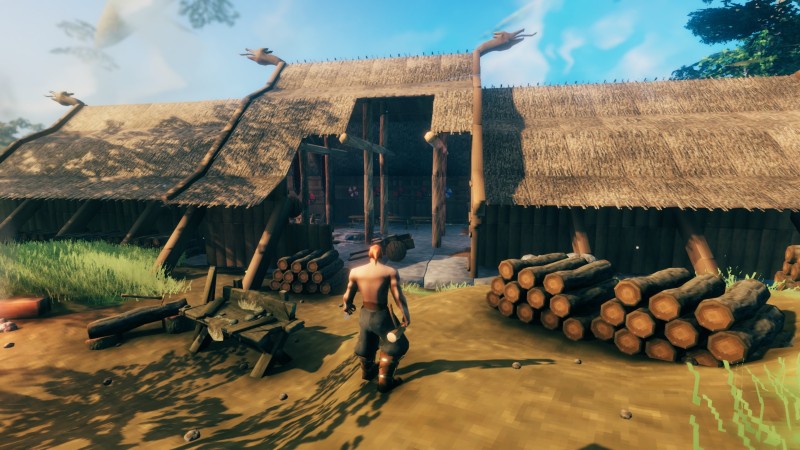 Viking survival game Valheim has been a huge hit on Steam since it launched in early access on February 2. Players have already spent plenty of time exploring, building, and fighting alone or with friends, but have wondered what else will be making its way into the game as the year progresses. A vague roadmap on Steam has been the only frame of reference for future content, but in an interview with PC Gamer, Valheim developer Iron Gate broke down exactly what they have in store for the game going forward.

The first update, Hearth and Home, will primarily focus on house-building by adding new building pieces. Iron Gate tells PC Gamer “It will probably be pretty focused on the food preparation aspect of the game with more recipes and stuff like that.”

Iron Gate didn’t divulge much on the second update, Cult of the Wolf, other than it’ll have more exploration and combat. On the other hand, Update 3: Ships and Sea will add more ship customization and a more fleshed out ocean biome.

Update 4: Mistlands will be the biggest update since it adds a brand new biome with a host of new additions, such as new enemies, a new boss, resources, and more. Iron Gate also states that the finished game will have nine biomes with a boss in each, and the addition of mini-bosses being discussed as well. None of the updates have launch dates yet, as Iron Gate is currently focused on fixing bugs in the current version of Valheim. PC Gamer’s interview is worth a read for more details as well as how upcoming updates will affect Valheim’s procedural generation.

More bosses sounds great, but if you need help tackling Valheim’s existing bosses, check out this handy guide for slaying the Bonemass. If you’re diving into Valheim for the first time or you’re an experienced player looking for tips and tricks, PC editor Dan Tack has written several guides designed to get you started on the best foot, such as a general starter guide, how to spend resources, cooking tips, and opening sunken crypts. You can also just watch Dan put his knowledge in action in this episode of New Gameplay Today.