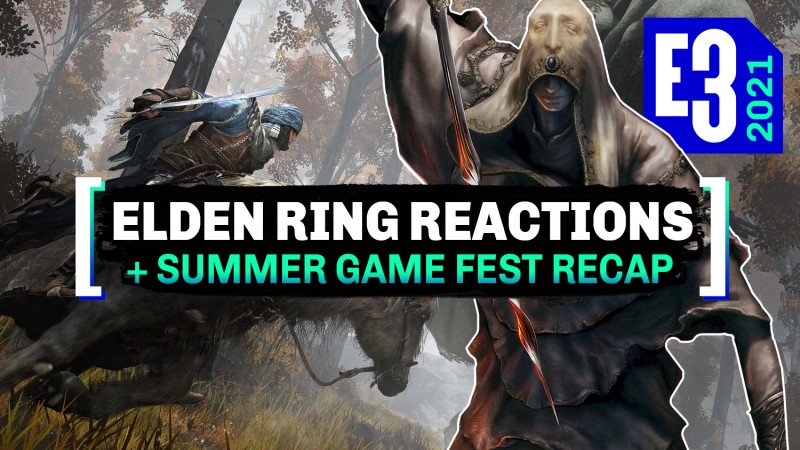 Let’s not beat around the bush, shall we? In what has to be a new dimension we’ve slipped into, the Summer Game Fest 2021 happened and concluded in a big way. To close the show, Geoff Keighley, clad with a gigantic grin and thankful demeanor, showed us our first look at Elden Ring, FromSoftware’s hotly-anticipated title, and as far as I can tell, the world has never been the same.

The day wasn’t just reserved for the return of Elden Ring, though. There was a huge celebration of games ranging from darling indie titles to updates on some of the biggest projects in the industry. From the announcement of Sable’s release date to a look a the new season of Call of Duty: Warzone, and news on the Back 4 Blood beta, there was plenty for gamers of all kinds to enjoy.

But what do we make of this smorgasbord of titles, and what are our expectations for Elden Ring? You’ve come to the right place to find out! Alex Van Aken and Alex Stadnik are first joined by the illustrious Dan Tack to take a deep dive into the freshly released FromSoftware trailer and discuss where their hype levels are ahead of the newly announced January 21, 2022 release date. After that, the Council of Alexes reconvenes to discuss what they thought of Geoff Keighley’s show and why they’re both hyped for Tiny Tina’s Wonderland, Sable, and more!

This is just a taste of all the E3 2021 video coverage we have in store for you. We’ll be hosting watch-along streams with the GI community for all the biggest conferences of the week, so be sure to follow us over on Twitch to make sure you’re there the second we go live. Livestreams not your thing? That’s okay, as we’ll be putting out these reaction videos after all the big news drops from each day. Thanks, and we’re excited to have you along for this wild ride!