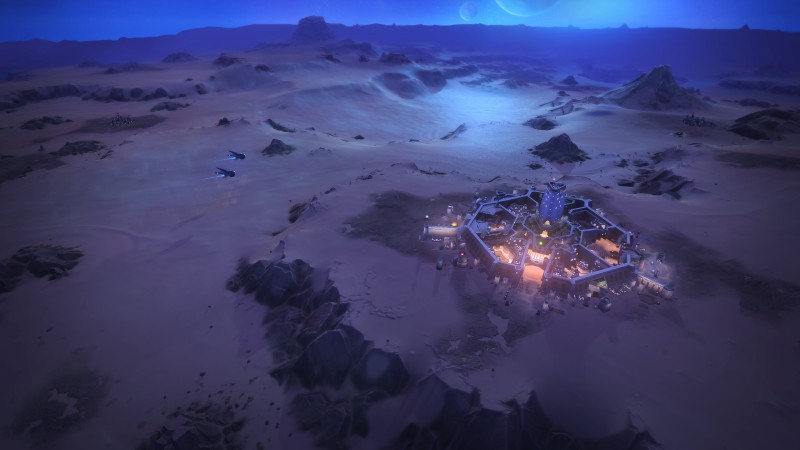 The reveal of Dune: Spice Wars was an unexpected treat during The Game Awards 2021. The upcoming game reunites the long-running (and newly relevant) sci-fi property with the genre it helped popularize: 4x strategy. Fans have patiently waited for more details about the game and got their wish thanks to a developer FAQ on the game’s Steam page.

Developer Shiro Games answered some common questions about the title. It clarifies that Spice Wars is a combination of 4x and real-time strategy elements that includes, among other things, base-building. The game has been developed from the ground up, meaning it won’t feature any elements from Shiro’s previous strategy game, Northgard. Maps will also be procedurally generated and sport a variety of unique traits players can tinker with.

Shiro Games previously announced two playable factions: House Harkonnen and House Atreides. It plans to have two more factions at launch and a 5th house during Early Access. Shiro wants to remain faithful to the book series first and foremost, stating that houses that appeared in prior Dune games but not in the source materials, such as House Ordos, aren’t guaranteed to return in Spice Wars.

Other nuggets include confirmation of multiplayer and plans to add a campaign at some point in Early Access. Shiro is also open to the idea of adding mod support depending on the level of demand.

Dune: Spice Wars is slated to launch in PC Early Access sometime this year, but Shiro will be eyeing other platforms after launch, so don’t rule out an eventual console release.

Be sure to visit the full FAQ to see if your burning questions have been addressed. If they haven’t, don’t despair. Shiro Plans to provide additional gameplay updates throughout the coming months.