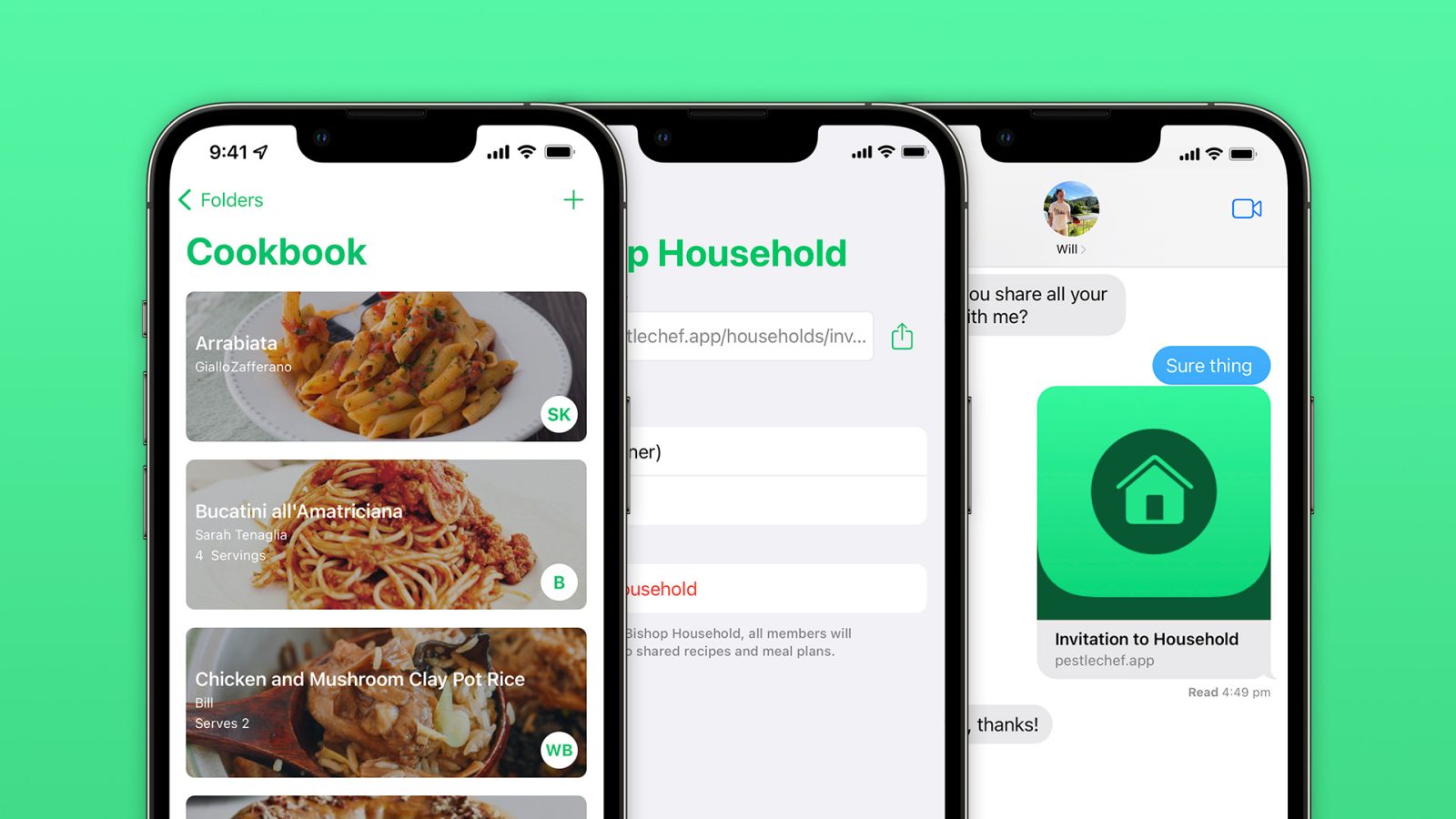 We have been covering Pestle since its introduction earlier this year, as it is a fun and intuitive app that lets you create and manage your cooking recipes on your iPhone and iPad. This time, the app has been updated with a new feature called “Households,” so that users can easily share their cookbook with others.