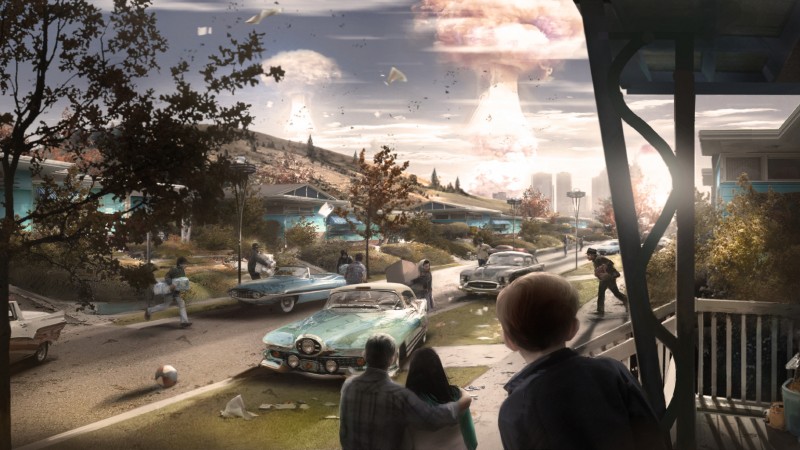 Kilter Films, Bethesda Game Studios, and Amazon Studios announced in 2020 that a Fallout television series was on the way.

Not much has been revealed about it since then, other than a report from 2021 that detailed the show as a “gonzo, crazy, funny adventure.” However, images from the production’s set have begun to leak online, as reported by Eurogamer, and the show looks true and accurate to the famed video game series.

Check them out for yourself in the tweets below:

My Fallout fanboy dreams are coming true with these set photos from the Fallout Amazon series 😭 pic.twitter.com/2YVubJ1fpH

4) The vault suits look spot-on plus a little bit extra. Notice the blue lines on the sides of the arm and legs. Also, the yellow appears more yellow and less gold, I prefer this. What do you think? pic.twitter.com/FfzDr20AIg

The level of detail on this Amazon Fallout series 🔥 pic.twitter.com/fou1UL1vhs

As you can see, the vault looks pretty spot-on, as do other details like the Vault-Tec logo. Even the vault suits look amazing, although, as the person who snapped that image mentioned, they are a little different from what we’re used to in the games. Nonetheless, my excitement for this series has grown considerably since seeing these images. Hopefully, this same attention to detail has been put into the writing.

There is no release date for this series.

What do you think of these images? Let us know in the comments below!